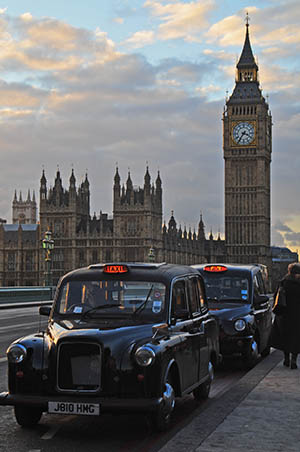 You may ask, what is London??? Perhaps for some it is the red double-decker bus and Big Ben, the oldest underground in the world, Westminster Abbey, Trafalgar Square and the sinister Tower of London. But now London is disproportionately greater than a set of hardened fictional characters and the usual faded stereotypes.

London - is immeasurable in words, a gigantic, infinite universe, mysteriously imprisoned in the boundaries of the quaint streets, lined with straight verticals comprising cute townhouses and prim City skyscrapers. London - a macrocosm, filled with millions of colourful lives and multifaceted story's, expressed by the thousands of dialects and accents, adorned with exotic colours of hundreds of cultures and skin tones. "When the man is tired of London, he is tired of life, for there is in London all that life can afford" wrote the poet and critic Samuel Johnson almost 250 years ago, and today this phrase has not lost its relevance.

London - is through the looking glass of Europe, lively, a quivering heart of the grand colonial apparently phantom empire. London, the fantastic uncrowned capital of the world, and probably the most amazing city on earth. Here is a little bit of Paris and Beijing, Istanbul and Rome, Saigon and Venice, Tangier and Tokyo, and every traveller will certainly find something that will take a firm place in his heart forever.

London is an incredible tourist town. Every year it visited by more tourists than any other city in the world, vying with such destinations as Mecca, New York, Paris, Rome or Bangkok. London is an extremely rich cosmopolitan city, hosting travellers of all kinds and styles with the proverbial British courtesy. In this extraordinary city it is impossible for a tourist to feel out of place unlike the bore who crashes the party, but rather like the welcome awaited guest.

In London, there is absolutely everything for any traveller to have an excellent holiday. The most splendid museums of the British capital unselfishly demonstrate priceless treasures collected from all around the world. Superb London theatre teases outlandish plays from a variety of the very best authors. Luxury London Hotels exceed the star ratings, opening the door to alluring incredible comfort.
Endless sparkling displays in the ubiquitous shops of London beckon with outstanding shopping. Cosy restaurants and pubs provide an incredible variety of national cuisines and drinks. Countless glamorous nightclubs swirling in the vortex of otherworldly life in London.

London - a city of endless holiday and the website portal "Privet-London" Is pleased to invite you as the special guest of this unforgettable journey!